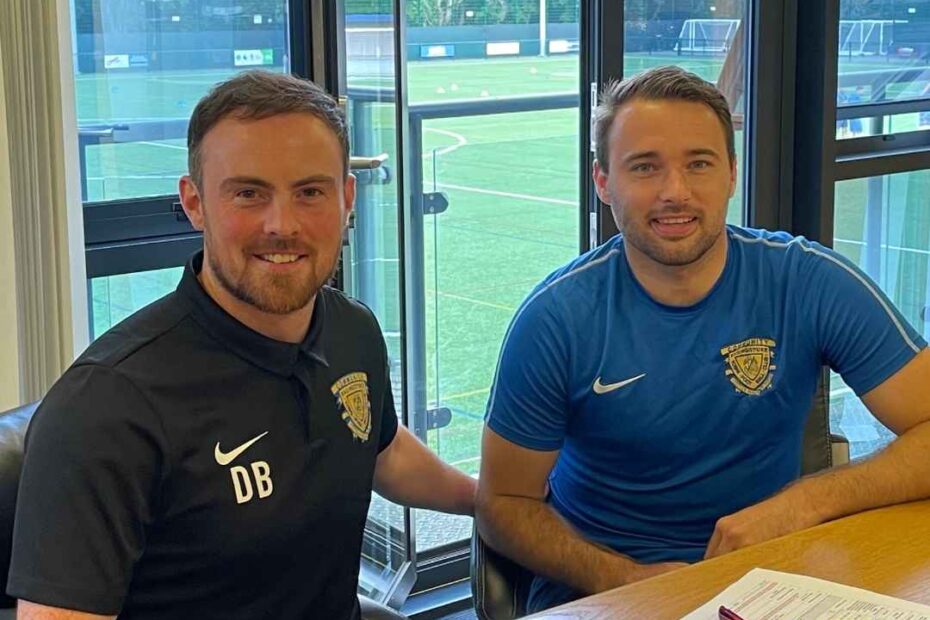 Following our popular announcement of our two Academy players signing first team forms, we follow it up with the exciting news that Daryl Wollers has also signed papers and committed for the 2021/22 campaign.

Daryl joined us from neighbours Arlesford in what looked like it was going to be a championship winning season only for COVID to cut it short. The left sided defender impressed last season with his combative yet controlled approach to defending.

Dan Brownlie commented on his most recent signing:

“It’s great to have Daryl back with us. He was our first signing last year where – in truth, he took a gamble on us. At that stage its worth remembering we had no official home and we were coming off the back of a relegation scrap – so his commitment to us was a bit of a game changer as it gave confidence to others that we eventually signed.”

“He is quite an unassuming character (until you stick a beer in him) and in turn he goes about his work quietly, but the man is ruthless. He has a controlled aggression which you need in this league – and with it comes a calm approach on the ball. There’s a bit of devil in him which I always like in my players and he doesn’t overcomplicate issues, he sees the game clearly. We’re really pleased he’s back for another season with us.”

You can see Daryl in action on Saturday afternoon when we host Ascot United in a 12.30pm KO at Winklebury.