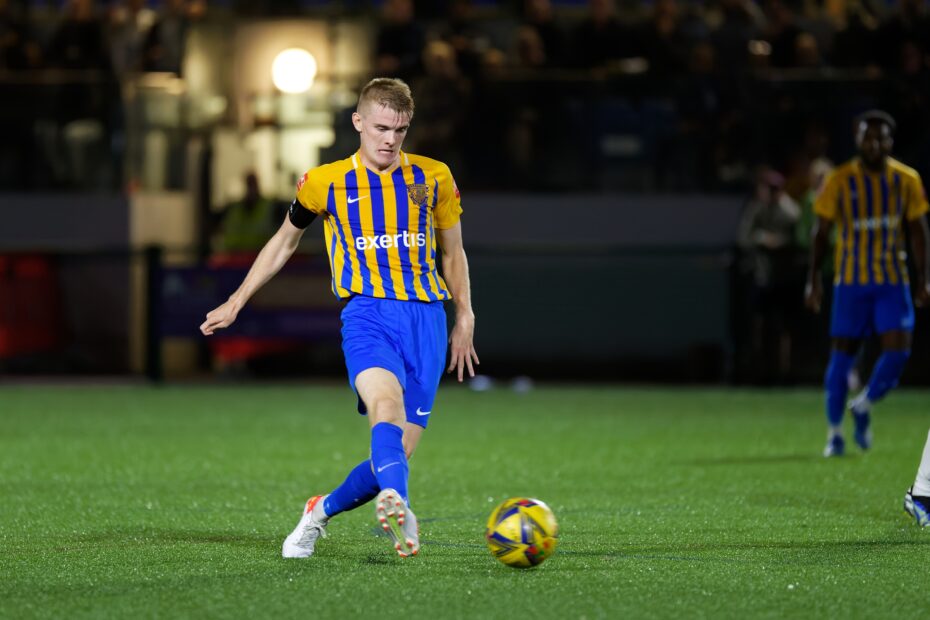 Dan Brownlie was left rueing his side’s game management after losing points in stoppage time for the second time in three days. After creating a glut of chances against high-flying Uxbridge, Ben Cook’s opener was cancelled out by Ezra Ndukuba’s95th minute equaliser for the ten-man visitors.

Reds’ top scorer Anthony Mendy had two good chances in the first half, miscuing an attempt to lob Paul Strudley before the Basingstoke ‘keeper left a trailing leg to deny him when sent clear of the defence. The majority of the chances came at the other end though, Conor Lynch glancing a header wide before seeing Tyler Tobin make a save when one-on-one while a free header for Brad Wilson and an angled strike from Lloyd Snell were both kept out by the away goalkeeper. Simon Dunn curled a first-time effort over the bar when well-placed and just before the break Wilson did beat Tobin but saw his effort cleared off the line.

The second half followed largely the same pattern, with ‘Stoke chances coming and going until Uxbridge defender Elliott Poley was sent off for a challenge on Dunn that ended the skipper’s night and incensed Brownlie. Tobin was equal again to the resulting free kick but within five minutes ‘Stoke had taken the lead. It was Dunn’s replacement, Ben Cook, meeting a cross at the far post to nod down and across Tobin and finally open the scoring.

Rather than killing the game off, ‘Stoke went looking for a second. A strong run from substitute right-back Dan Williamson led to him hitting the Uxbridge post but as stoppage time waned, Ndukuba was left free inside the box to finish from close range and snatch a share of the points.