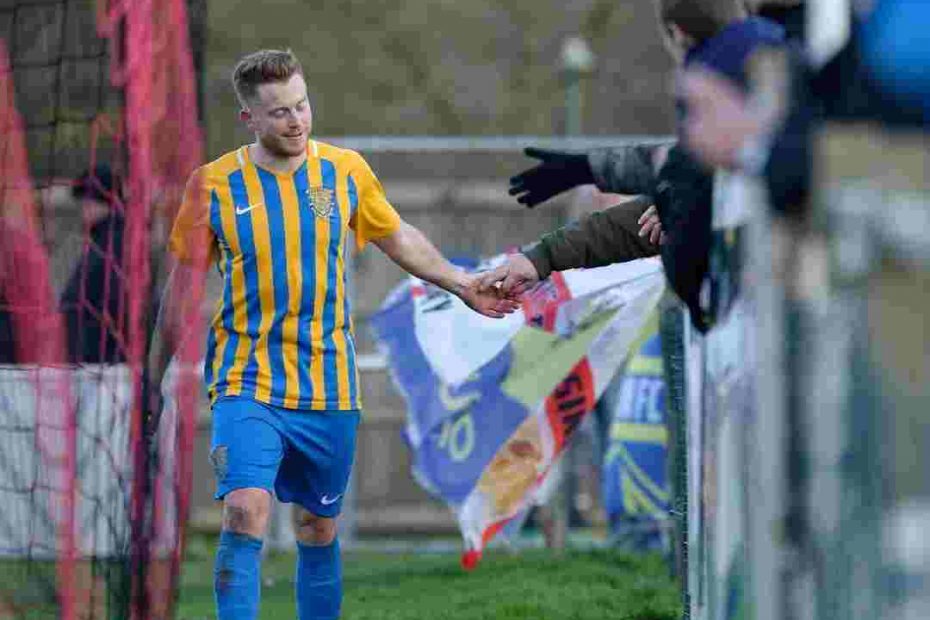 We are incredibly pleased to announce that Club Captain Simon Dunn has signed forms and is back in blue & yellow for the 2021/22 season. Simon who joined us from Slough Town who previously played for Basingstoke in his early twenties was appointed club captain under Manager Dan Brownlie when he signed after the Christmas of our first expunged season.

Dunny’s last season was interrupted by a number of injuries but has been working hard over the lockdown period and shown real progress. He featured in last Saturday’s 9-2 win against North Greenford and has already shown his undoubted qualities very early on in pre-season.

“There’s not a lot to say about Dunny that hasn’t already been said. Where do you start with the guy? Talented, hard-worker, gifted ball player, a real winner, in truth the list of his qualities go far beyond football too – he’s just someone you want in your camp. Off the pitch you’d do well to meet a nicer bloke, and on it – he has the edge that you need in the heart of midfield. The young lads look up to him, the older lads wholeheartedly respect him and our fans love him.”

“He’s had an abundance of offers as you’d expect from a guy of his quality, but he’s a local lad and he’s very invested in what we are looking to do and continue to build on our positive start last year. We’re proud to have him back.”

Great to have you back, Simon!

You can see Simon play on Saturday afternoon when we host Ascot United in a 12.30pm Kick Off.