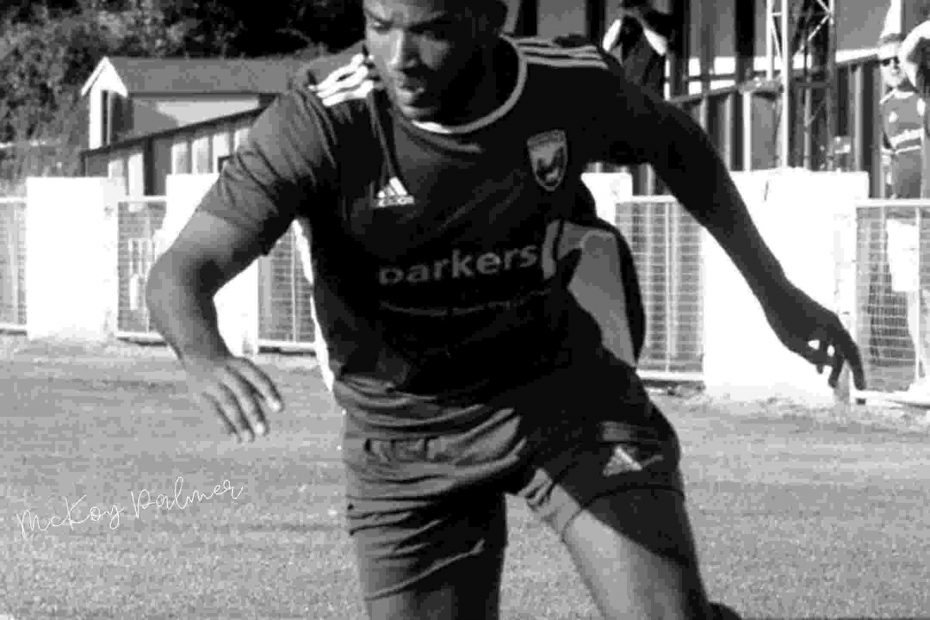 Basingstoke Town can confirm the signing of the talented McKoy Palmer.

The wide man who has joined us from Reading City was the Berkshire club’s top scorer last season. McKoy, who can play off either flank, has made a name for himself in a wide left position. Having set the hellenic league alight during the previous campaign courting many admirers – we’re pleased to welcome him to Basingstoke Town.

“Needless to say, I’m really pleased to get McKoy signed up; it’s been a long time coming as he is someone I’ve been after for quite a while now. He’s a talented boy – he’s blessed with good pace, great with the ball at his feet and has a real eye for goal. The fact he can take the ball on either side has and will continue to cause full-backs nightmares. There’s no reason why he can’t cause the same damage in the Southern League as he did in the Hellenic.”

“I must add that Simon Johnson, the Reading City manager, who has helped develop McKoy over the past year, has been very good with the signing and encouraged him to make the step up and in our direction. He’s had a few injuries over the course of the past year – he’s already been in with our physio, Gideon, to strengthen the areas of concern. He’ll sign on dual registration with Reading City to enable him a good opportunity to return to full fitness should there be a recurrence, but he’s on the right path to hit the ground running.”
“We’re excited about what the future holds for this lad – if he continues to back himself, trust in his own ability and work hard – then we’ve no doubt you’ll be hearing his name sung from the terraces with him quickly becoming a fans favourite. He’s an entertainer with a ruthless edge in front of goal.”

McKoy Palmer is now available for kit sponsorship for both home and away and can be secured by contacting Paul at commercial@btfc.co.uk