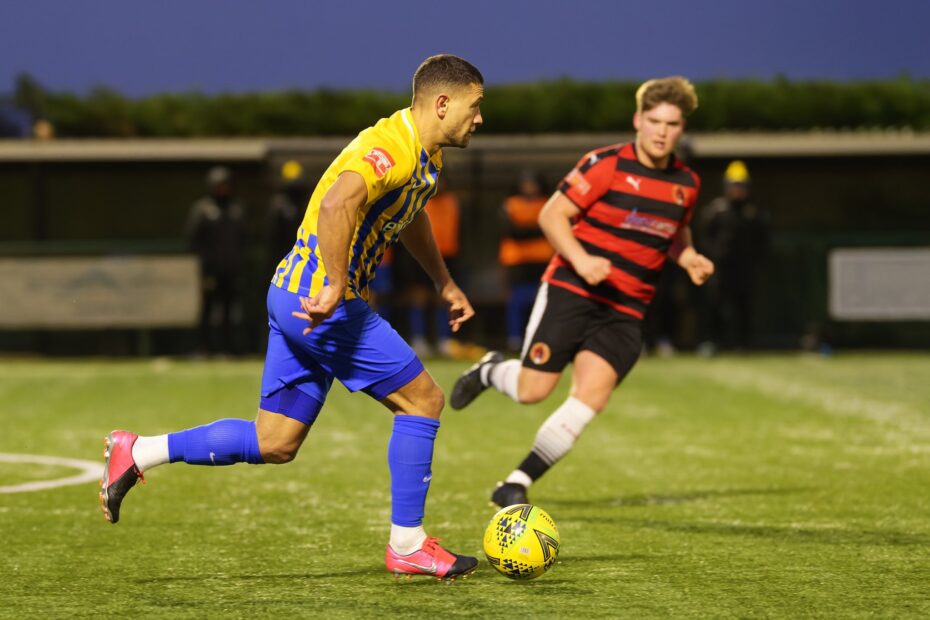 Tomorrow afternoon Basingstoke Town travel to Greater London to face the affectionally nickname The Geordies due to being founded in 1920 by a group of lads from Newcastle – which also saw them adopt the famous black and white stripes of Newcastle United.

Led by joint managers Chris Moore and Wayne Carter, Hanwell currently sit in 7th position with 26 points after 13 games having only lost once at home to the hands of Chertsey in November. They boast talented strikers Obi Ogochukwu (12 goals) and Tom Collins (14 goals) who recently signed from Chipstead – both of which currently sit in the top three of the league scorers chart separated by Anthony Mendy of Uxbridge.

As for Basingstoke, we go into the game after a tough game versus Marlow Town last week where we were beaten 1-0 at Winklebury which saw Brad Wilson given his marching orders and will miss this game plus Thatcham Town and Westfield beyond it.

The Marlow game saw a reintroduction of Conor Lynch who got through 90 minutes and will be in contention to start again tomorrow. Dan Brownlie has revealed that central defender Daryl Wollers will be unavailable having picked up a knock during the same game.

“We’re starting to get bodies back – so we have a few options tomorrow which is good. Daryl [Wollers] will miss out with his knee, but other than the longer term injuries, we’re back to a full offering. We’ve already decided on the shape we want to play tomorrow and that will largely dictate who plays – Hanwell have got real strength, particularly in high areas, so we need to be wary of that. Tom [Collins] and Obi [Oguchukwu] are both real handfuls and their midfield third man runs are better than I’ve seen at this level. We got a result against them last time, but they have probably been our most challenging opponents to date – we had to dig really deep that day to find a way to win and we’ll have to do the same tomorrow if we want a result.”

If you plan on joining us at the The Powerday Stadium tomorrow afternoon – you can pay on the gate, card/cash both accepted. £8||£5||£1.

Hanwell are also running a charity campaign collection Old Coats to be distributed to a refuge in Ealing. Any fans who have spare coats and no longer need them – please do take them down and support this great cause.