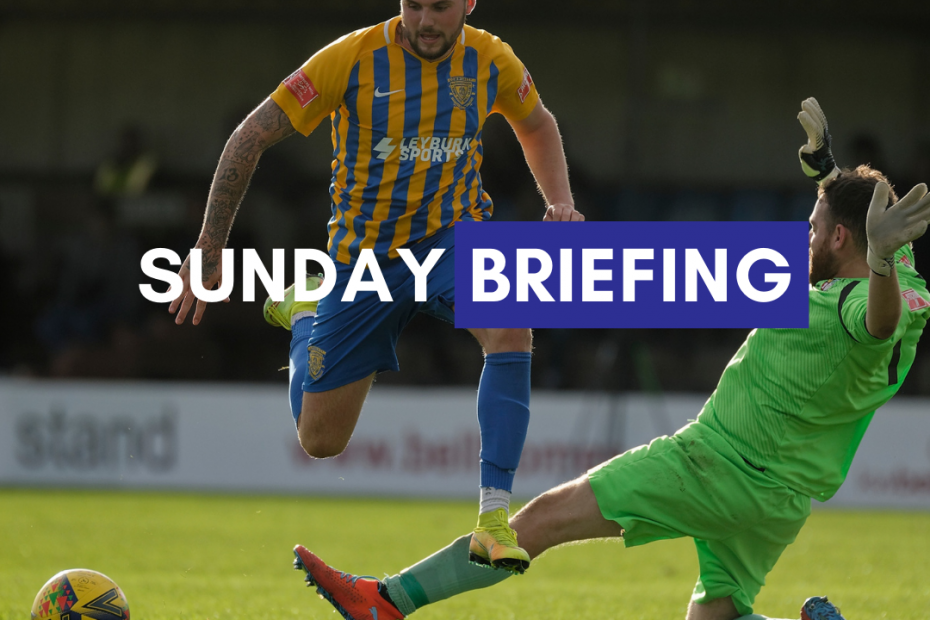 It has been confirmed that striker George Hallahan will not be re-signing with the squad next season due to work and family commitments. George became a popular figure following his second spell with the club and ended as our top scorer last year when the season was cut short.

“It’s a shame to lose George but we understand the situation and appreciate his honestly with it all. He let us know earlier in the week and let the rest of the boys know a couple of days ago. He’s a Basingstoke boy and cares a lot about this club, so I’ve no doubt he’ll stay attached to it in anyway he can.

“It’s an area of the pitch we we were looking to improve as George was probably our only out and out striker last year. There is a really exciting opportunity for a partnership of strikers to join this club. We’ve outlined the targets and we’ll be continuing working on them over the course of the next few weeks. Strikers are loved and lauded at this club and they always form a great bond with our supporters – so I’ve no doubt we’ll get a couple in who are deserving of the shirt who want to get their teeth stuck into a real project and find a welcoming home with us.”

The new FA and Government guidelines allowed for a welcomed return for grassroots football last weekend which has seen our Junior teams back in action. On Friday evening our Under 16 side managed by first team player Scott Armsworth were led to victory against Beaconsfield FC in a highly entertaining game that saw our young side win 2-1 at Winklebury.

Nathan Cookson’s side were back in action this afternoon as they visited Liphook FC but fell to a 2-1 loss with our solitary goal coming from Kelly Rutledge.

Our first team players returned to Winklebury on Saturday afternoon in a session built for pure enjoyment and getting them back together socially as a group. The first team were joined by talented keepers Joe & Jack from the U16’s who once again impressed in between the sticks.

Save The Camrose Tee’s

A reorder of our popular Save The Camrose t-shirts have been processed and are on their way to the club where we will then send them out to the kind folk who have purchased theirs amongst other merchandise. A big thank you to everyone for helping raise vital funds but also spreading the news of our campaign.