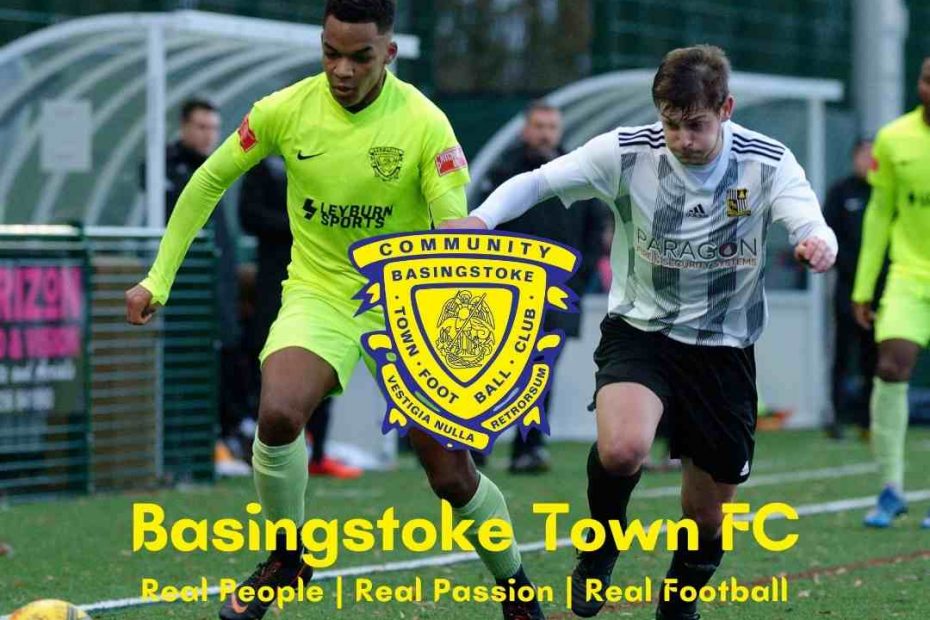 With the heavens expected to have opened over Basingstoke yesterday evening, we once again dodged the showers much to the delight of another impressive crowd who came to watch us take on a strong Sholing side.

In a game packed full of entertainment, it was your ‘Stoke side who started the better of the two teams.  Academy products D’andre Brown and Lloyd Snell both started the game and were in the thick of the action causing problems down Sholing’s right hand side. The pair fired shots at goal with real venom that regular ‘Stoke fans will be familiar with – only to be denied by Luke Deacon, the Sholing keeper.

It was the Academy pair that linked up  once again to break the deadlock on the 25th minute when a neat one two freed Lloyd Snell to pull a ball back to our new striker Conor Lynch who thumped the ball into the opposite corner with his left foot giving the keeper no chance.

It was however only moments later when a defensive mix-up allowed Daniel Mason to shoot into an empty net after a failed clearance landed at his feet just outside the box.

Sholing started to dominate the ball and were rewarded for their efforts when they doubled their tally ten minutes later when the towering centre half headed in a free-kick from a wide position.

With three changes to the starting XI including changes to both full-backs, Basingstoke once again started the brighter. The game did start to lose a level of its intensity until around the 75th minute when Basingstoke sparked back into life. Wave after wave of attack was giving ‘Stoke confidence that they could get something out of the game. A positional switch of George Reid saw him get into the game a little more and it wasn’t long before the move paid dividends when Brad Wilson played a neat pass through to Reid who finished expertly to the keepers left.

The lively McKoy Palmer also saw a fantastic attempt rattle the upright direct from a free-kick on the left hand side of the box.

‘Stoke didn’t have it all their own way as Sholing continued to make chances of their own including a free kick that flashed past the near post by that narrowest of margins.’

Basingstoke maintained the constant pressure and the earlier combination of Wilson and Reid forced through another attempt where Reid was set through behind the fullback and Reid struck a fierce shot into the side netting! A great goal that was well celebrated by our excellent home crowd.

Dan Brownlie spoke to Nick Wilson after the game:

“Sholing are an impressive side, strong in play and strong in physicality. They’re a together team who are led with experienced people and who have played with each other for a long time – there’s so much strength in that. We saw it as a bit of a marker of where we were at and the boys got the job done. We played some fantastic football at times. The goals were well worked and the movement and pace of play that led to them was very good. We’re pleased with our nights work, it was a positive step in the right direction.”

“We’ve got a few injuries that we’re nursing at the moment, but that’s why you work with a squad that you know you can rely on. Everyone played their part this evening and that will be true of the season. The young lads shone in the early stages of the game against a physical and well experienced side. That’s valuable in terms of learned experience – they know they can do it against those sort of sides, and whilst it was never in doubt – we know they can too.”

“We’ve got two games left before we set sail on our league campaign and they’ll provide very tough tests with Chichester and Leatherhead, but it’s great preparation.”

Basingstoke travel to Chichester on Saturday afternoon in a 1pm Kick off.