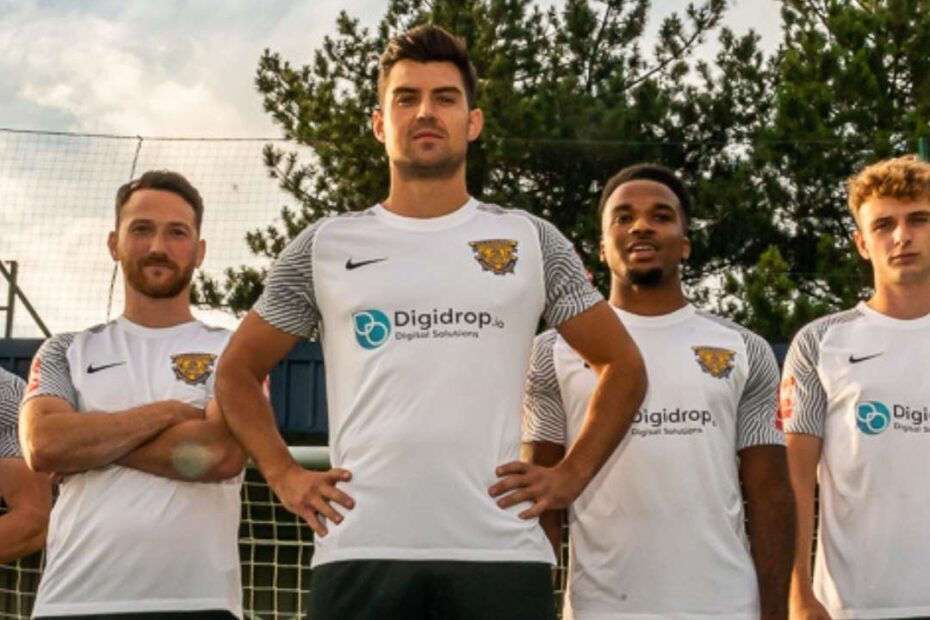 The good news keeps on coming this evening as we can announce that towering defender Shaun Dallimore has signed for the 2021/22 campaign.

The strong central defender joined us during pre-season last season from Alresford where he was challenging for honours until the season was cut short and also spent a good amount of time playing for neighbours Tadley FC.

“We’re really pleased to get Shaun, he’s a formidable defender and has qualities in areas that we previously lacked. He’s strong in the tackle and very good in the air which makes him important in both boxes.”

“He’s a local lad which counts for a lot, there is a greater sense of attachment which can be a driving force in big important games. He’s a great lad to have both on and off the pitch and I know his recent performances, particularly the second half at the weekend against Leatherhead have made him popular amongst supporters too.”

Shaun is available for selection for tomorrow’s game versus Binfield