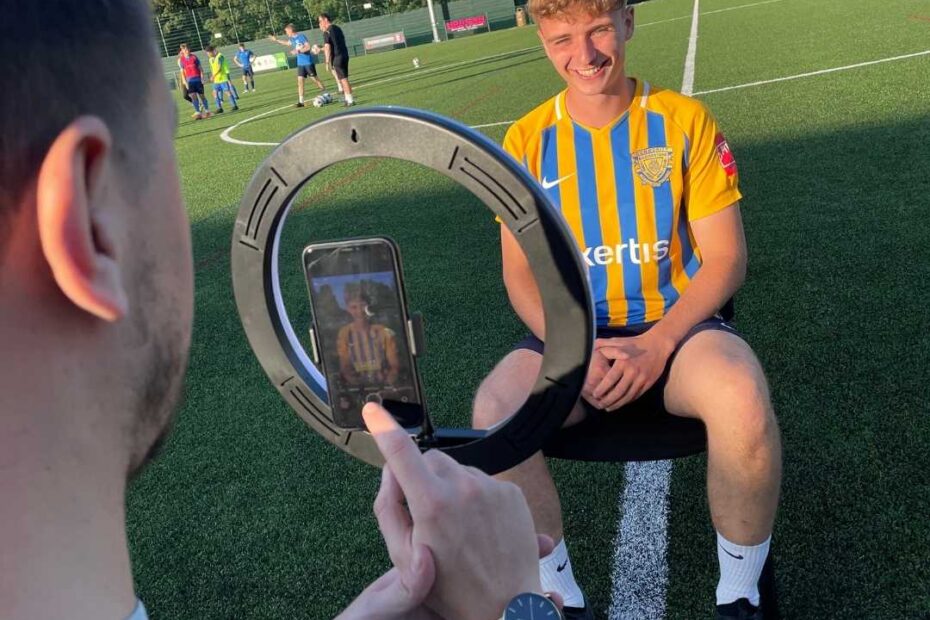 We can confirm that central defender Scott Armsworth has signed for the upcoming 2021/22 campaign.

The talented centre half joined from Fulham FC two seasons ago where he has become a regular starter and important member of the squad. Hugely valued by all at Basingstoke and a very popular member of the group.

“We’re very proud of Scott. The way he conducts himself on and off the pitch is exempleary  – you really couldn’t ask much more from the boy. He is young in years, but in terms of experience he’s had an intensive course over the past two years. He’s a great asset. He’s come back this season a different beast, it feels like he’s grown about 3ft and his confidence has shot up with it. He’s got natural leadership qualities and with him getting into coaching, his game understanding has improved dramatically.”

“Scott with Aaron and I had a conversation about his development sometime ago now, about his development being hugely important to us. We made a calculated decision as a management team to ensure we gave him the game time he needed to become what we thought he could become. It’s one thing us saying it, it’s another thing for him to implement the hard work and detail that it takes to do it – and he has. What’s more, is that we know we can get more out of him – he’s amongst a group that will allow him to flourish. We’re very fond of the lad and pleased to have him on board for another year.”

If you want to know a little bit more about Scott’s journey, here is a great video that was recently filmed by Alex Rolph. A great insight into a player full of integrity, honesty and resilience.