Save The Camrose: Councillors Response 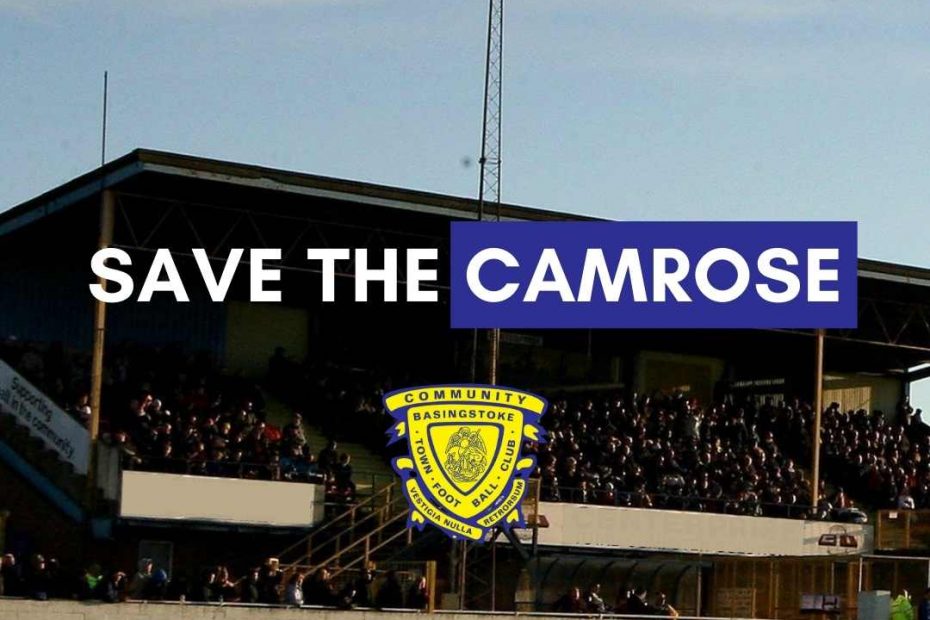 Save The Camrose Chairman Encouraged with Overwhelming Positive Responses

On May 6th 2021, the people of Basingstoke and Deane will be able to vote for the councilors who will come together to form Basingstoke & Deane Borough Council.

The Council will no doubt have a large say in what happens with the historic Camrose and the community club’s plans to turn it in to a modern sports hub, which will give the club a home of its own where it can thrive as well as being able to create revenue streams it previously enjoyed at the Camrose before it was evicted, such as 3G pitch bookings, a community clubhouse and multi-functional bookable space for other community events and clubs. These plans would also give the club a 3G pitch of their own for the club’s First Team, Women’s Team, Academy and Junior Teams to play and train plus opportunities for other clubs, schools and more in the borough to use in a time where health and mental well-being activities tied in to leisure facilities for the people of the town should be high up on the list of priorities.

Save The Camrose Committee Chairman Colin Stoker said “We are encouraged with the overwhelming positive responses made by councillors representing all political parties regarding a return to the Camrose, a true asset of community value. We will willingly communicate and work with them the alongside our own efforts to achieve this outcome and are boosted by the encouragement we are also receiving from the borough’s community as a whole to make this exciting plan become a reality.”

The councillors are currently in the pre-election period (or ‘purdah’) meaning that they have specific restrictions on communications activity, therefore following the election the Community Club will furnish all councillors with the club’s feasibility study which identifies the dire need for such a facility in the borough and why we feel that Basingstoke Town Community Football Club are best placed to bring it to life. We will then ask councillors for open dialogue and feedback to ensure that it meets all criteria and we can continue working together in planning the next steps of the process.

Each party were asked the question in the Basingstoke Gazette  “…What is your party’s position on The Camrose and will you fight to protect it from development?”

Basingstoke Labour is 100% committed to helping Basingstoke Town Community Football Club achieve its aspirations of a return to the Camrose Ground, complete with a club house, community sports hub, and any outreach programs.

Our councillors have worked closely with members of the club board, and met regularly with them, at Winklebury football complex and on Zoom. We helped them secure £152,000 funding to move to Winklebury, and will help them once again with the Camrose. Whenever these meetings are held, the majority of the councillors attending are Labour.

With local councillors in South Ham, Brighton Hill and Winklebury, we recognise the potential of the Camrose site, with five council wards nearby, and with eight primary and four secondary schools in close proximity.

Our desired objective is to see Basingstoke as a Football League club in ten years’ time, regularly competing in the FA Cup first round.

We have invested £200,000 at Winklebury Football Complex providing a lifeline to the community club by enabling them to return back to Basingstoke where they belong.

Having high quality sports facilities and well performing sports clubs is a priority for us and our long standing investment in sport is testament to this.

The Camrose is privately owned, the small council owned percentage is on a long lease. The site owner has lodged a planning appeal which now must be determined by the Planning Inspectorate. We have formally recognised the stadium as a community asset and we will continue to support the club in their aspirations for the future and listen to their ambitions for the Camrose Stadium which must be sustainable with a viable business plan.

For years the Council have let Basron dictate to them. We value local football and we need to help Basingstoke Town Community Football Club offer a way out to Basron that helps secure the Camrose as a community asset. It’s going to take negotiation and clear heads focused on the best interests of football in Basingstoke. It’ll also take investment. Millions of taxpayers pounds have been spent on private hotels and coffee shops, we should invest in our football club as a community hub.

As a growing town we need to think long term and deliver first class leisure facilities accessible and affordable to all. We need to promote community football and other sports as well. We need to invest in our leisure park for leisure, we need quality and choice in what we offer. We need to use the Council’s strength to broker a solution for the Camrose.

Basingstoke, its villages and towns, have had tremendous growth over the last 50 years. Despite this growth our Town Football Club has been thrown out of the Camrose ground and now finds itself without a long-term home. Its spiritual home is the Camrose, and the Liberal Democrats want to see it return there, if it is financially viable.

The Camrose has the potential to become a north Hampshire regional sports and leisure attraction for participants and fans alike.

We are ambitious for sport in our borough and a venue that could host league football is our longer-term goal.

After consulting with BTFC’s Kevin White, Hampshire Independents formulated its policy based on supporters needs and the clubs future. We fully back the clubs return to Camrose but understand the viability issues for the longer term. Camrose land is a valuable commodity that has financial implications beyond football.

We believe there are sound business and social opportunities for sport in general but especially for BTFC if space was given on the leisure park for a stadium that could incorporate financially lucrative income streams for the club including gym, sports therapy, sports retail with a social club and Restaurants. Being away from housing, the ground could also be used for outside music events.

Transport links and parking are already in place. Much better use of a leisure ground than another retail park.

With a long lease agreement with BDBC, BTFC could attract private sector investment, assisting the build.

The Green Party fully supports the campaign to revitalise the Camrose Ground as the home of Basingstoke Town Community Football Club.

We believe that this green space should be protected from future development and viewed as a social asset. It should not be allowed to be disposed of for personal gain and lost to the local community.

This is an opportunity to get behind those who have worked so hard to sustain the club through its time of uncertainty during recent years.

We believe that bringing the football club back to the Camrose would provide a platform for renewed success on the field, which in itself would be  a positive for the town.

However, just as importantly it would provide a great opportunity to develop the space more broadly as a sports and leisure facility that offers social and health benefits for a wide range of local residents.

TUSC candidates will fight tooth and nail for public assets to stay or be brought back into public ownership. So this also counts for the Camrose.

We think it is unacceptable that the Camrose, which was a public asset, has been sold off for the most part to developers for a pittance. We want good quality public leisure facilities which are free or very cheap to be accessible for everyone.

A local football ground is essential for our community, just as the ice-rink, the pool and libraries.

We would campaign for all those to be run for and by the local community and to kick private profit out of the game.

The Women’s Equality Party know that the Camrose is a vital community asset: its value is in much more than just football. It has long been a central community space, not just for sports but also for the car boot market, food provisions, a local business hub and more.

There’s a huge opportunity for the grounds to have a protected area that serves the community in these ways again.

Basingstoke Town FC have made their home at the Camrose since 1949 and deserve to keep it as their ground and their space to establish Hampshire’s first female football academy, a goal WE share alongside our campaign for school sports equality.

As the Women’s Equality Party councillor for Eastrop and Grove, I would honour Lord Camrose’s covenant, protect the Camrose grounds, and install a community-led and -driven committee to manage the brilliant Basingstoke hub WE know the Camrose should be.