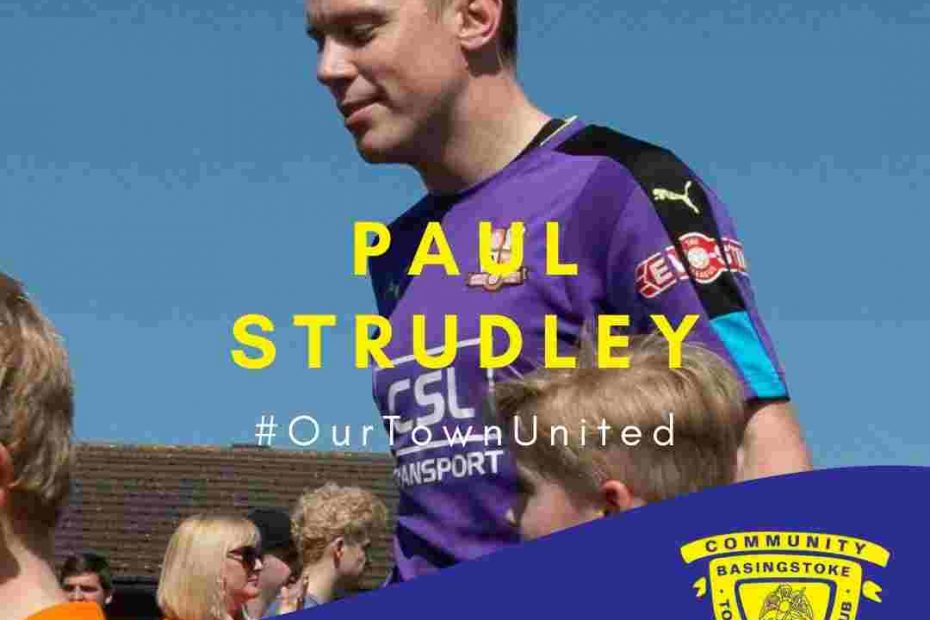 We are proud to be able to welcome goalkeeper Paul Strudley to Basingstoke Town Football Club.
The 37 year old has previously donned the number #1 shirt for Hungerford Town (who he helped climb to the Conference South) , Hartley Wintney and more recently title contenders of last season, Thatcham Town FC.
Dan Brownlie said about his latest acquisition:
“I’ve worked with Struds before and he is first class. He is without doubt one of the best organisers and communicators I’ve come across and his qualities as a keeper are undoubted. In fact ‘Paul Strudley’ became somewhat of a verb by way of explaining the seemingly impossible saves. His experience speaks for itself and he’ll be a great addition both on and off the pitch. One of the nicest guys you’re likely to meet, he’d make someone like Dunny look like Hitler.”
“He won’t be the only addition in that position; we’ve had someone with us over the friendlies to date that has really impressed and we’ve also got a young lad who we are very keen to look at too. The GK union is certainly looking strong. They’ll work alongside our keeper coaches Lance and Geraint who have been great since they’ve come in.”
Paul Strudley is now available for both home and away kit sponsorship by contacting Paul using commercial@btfc.co.uk.