Lynch Goal Keeps ‘Stoke in Touch at the Top 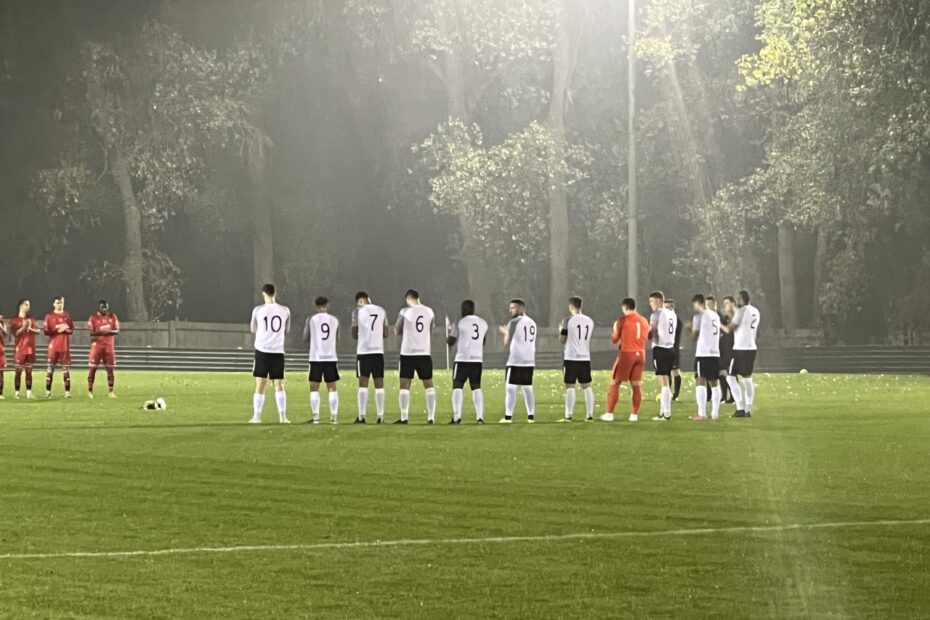 On a sodden night in northwest London, key players returned to the Basingstoke teamsheet but it was a familiar name who scored the game’s only goal. Conor Lynch’s close-range finish, his 12th of the season and 9th in the last six games, was enough to secure all three points for ‘Stoke at struggling Northwood.

The goal came early in the second half, a toe poke finish that diverted Ben Cook’s cross in off the bar, after a first 45 minutes in which the Dragons had struggled to create clear chances or exert consistent pressure on the home goal.

Dan Brownlie tried out a new system in midfield, a diamond shape that allowed him to get his four senior central midfielders on the pitch at the same time and at full time he credited Northwood with condensing space and sucking the life out of the midfield. The best chance of the half fell to ‘Stoke forward Brad Wilson, peeling away to the near post he met Anton Rodgers’ corner with a right-footed strike that was beaten back to him by home keeper Dan Purdue only for the rebound to be volleyed wide. Paul Strudley was rarely troubled at the other end but was called into action to parry a snapshot from Shakeel Morris.

Lynch needed fewer than five second half minutes to break the deadlock, but Basingstoke were given a big let-off immediately before as Ismael Ehui contrived to send Northwood’s best chance skyward when picked out in space just twelve yards from goal. From the resulting goal kick, ‘Stoke played their way downfield and Cook skipped past his marker to tee up his side’s top goalscorer.

Forward Stefan Brown made his long-awaited debut since signing in summer, entering the fray from the bench while George Reid also returned to the side after a month out. Wilson whipped a right-footed effort narrowly wide from the left side of the box and Reid had a long-range strike deflected just past the post. Northwood mustered little in response, kept at bay by a visiting defence boosted by the return of former favourite Nathan Smart as Basingstoke collected their second clean sheet of the season and a fifth win in six league games.