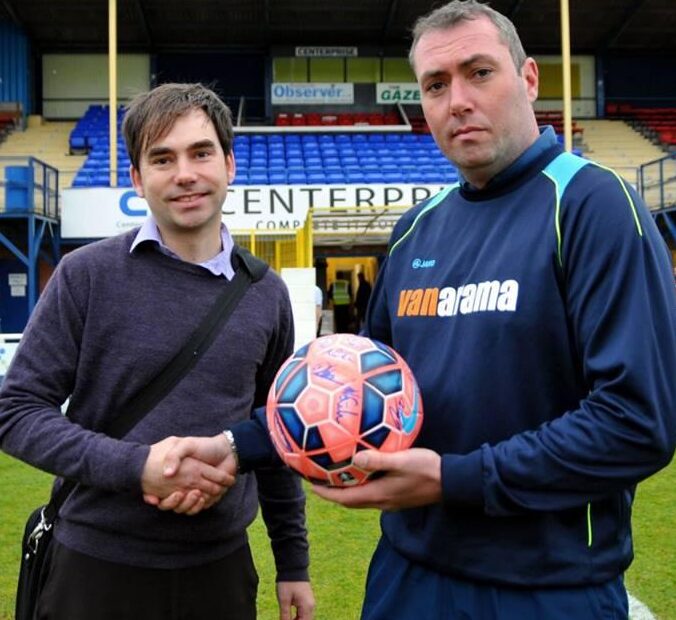 It is with deep sadness that we have been informed of the passing of former Basingstoke Gazette Sports reporter John Boyman.

The 39 year old sadly lost his battle against bowel cancer aged 39, who passed away at his home in Aldershot on September 30. Our thoughts of course go out to to his wife Helen and his two sons Zac and Thom.

John joined the Basingstoke Gazette as a reporter covering the Whitchurch area in 2004, before becoming sports reporter in 2007. He covered sports news from across the borough for both the newspaper and website, regularly reporting live from our football matches.

John left the Gazette to join Hampshire Hospitals NHS Foundation Trust in 2015, working his way up to become head of public relations.

Jack Miller noted: “I considered John a friend, he always made time for our fans and became a big part of the club. His reporting became a big feature of the back pages of the Gazette thanks to his brilliant coverage and made a huge difference to supporters and locals who were unable to get to games, particularly the away days. It’s a sad day and we send our love to his family and friends.”

Thanks for everything, John!

A fundraising page has been set up for donations to be made in John’s memory to the Bobby Moore Fund or Bucket List Wishes.