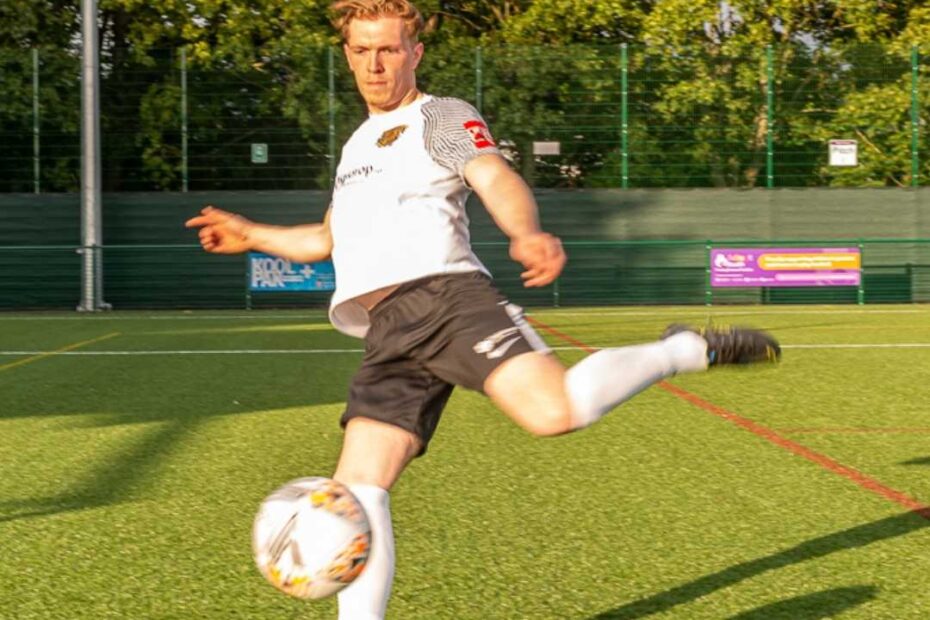 We can confirm that defender James Haworth has signed for the 2021/22 campaign ahead of tomorrow’s opening fixture.

The left back who joins us from Ascot United has appeared a number of times over the course of pre-season and continually impressed with assured performances. A strong, combative defender who has also chipped in with a number of assists having galloped down the left hand side.

“James was a relatively unknown quantity to us when we brought him in. He came with good recommendation from people we trust in the game and he’s lived up to the details. He’s a bit of a silent assassin, he goes about his work quietly but always makes an impact on the game. He’s already gained a great level of trust from the players and I know he’s proved to be popular amongst our fans.”

“He’s the last of our new recruits. Obviously in Ben Jefford moving on, we wanted to ensure that we had good options in every year. James fits the bill perfectly and he’s already slotted into the team very well. We’ve been very selective about who we’ve brought in, as we wanted to ensure we kept the spirit of this group – all the lads we’ve brought in have bought into what we are about and you can tell they’re enjoying their football. That plays a big part in group led success.”

James will be available for selection for tomorrow’s game versus Binfield FC.