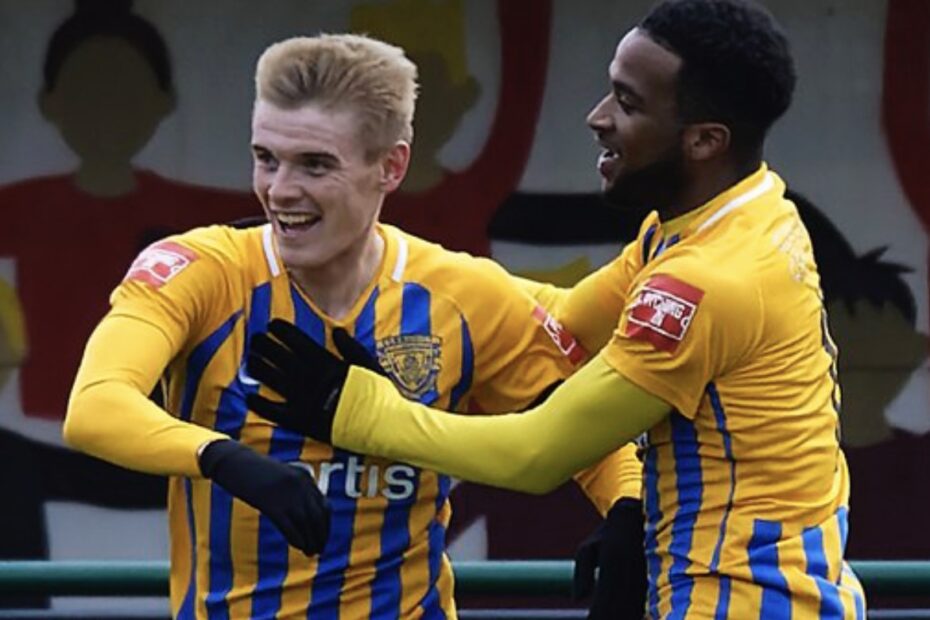 In their final match before Christmas, Basingstoke travelled out to West London to take on a Hanwell Town side that manager Dan Brownlie had described as one of the best teams in the division. The spoils were eventually shared in a 1-1 draw, despite a multitude of chances in the second half that neither side could capitalise on.

Paul Strudley was called into action early as he got down well to make an excellent save from a header following a Hanwell corner. ‘Stoke came into the game and Ben Cook and Stefan Brown had chances before combining to draw first blood on 18 minutes. D’andre Brown’s right-wing cross found Stefan Brown at the far post, and he cushioned a header down for Cook to volley into the top corner.

Corners were a threat for Hanwell throughout the half, Strudley called into action more than once to protect his side’s lead while the league’s top scorer Tom Collins swivelled and volleyed over. At the other end, home keeper Hugo Sobte adjusted well to keep out Conor Lynch’s scuffed effort and at the end of the half a tidy finish from D’andre Brown was ruled out by the offside flag.

The teams traded missed sitters early in the second half, Lynch side-footing wide with the goal at his mercy from close range before Collins repaid the favour by looping a free header over the bar from inside the six-yard box. Geordies’ captain Harry Rush was presented with a big chance from a cutback but could only sky it over the bar and Andy O’Brien also failed, stabbing a loose ball wide following a free kick. Visiting substitute McKoy Palmer went on a mazy run through the Hanwell box but couldn’t find a finish at the end of it and both teams were left to settle for what Brownlie termed “a really good point”.