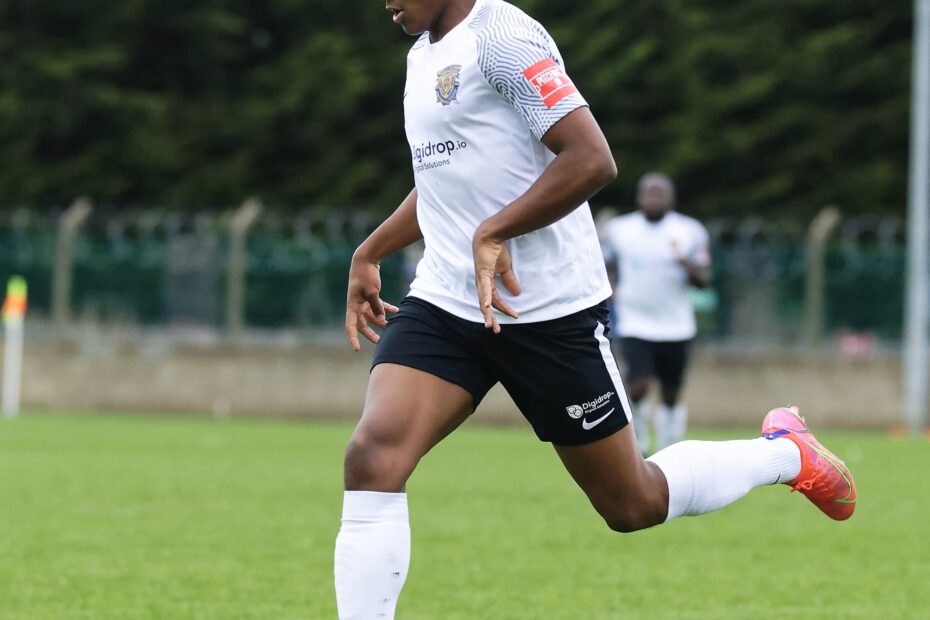 Basingstoke cruised to a quarter-final victory in the North Hampshire Senior Cup on Tuesday with a 5-0 victory over Fleet Town, on a night that hinted at the promise the club’s academy holds.

Lloyd Snell and D’andre Brown have come through the academy to establish themselves as important members of the first team squad this season and were heavily involved, Brown skippering the side while Snell scored twice, but there were appearances for a new batch of youngsters just starting to make the breakthrough. Joe Western, Hugo Staunton and Dan Morrissey all made their first starts for the club, while there was Basingstoke debut for goalkeeper Joel Halliday and defender Jake Impiazzi.

Any jeopardy in the result was quickly shut down as ‘Stoke scored twice in the first ten minutes. Snell notched his first four minutes in, seizing upon a loose ball in the box and slotting home before George Reid clipped a free kick into the bottom corner five minutes later. Western was causing problems for visiting right-back Alfie Neville with his direct running and lobbed one early chance just over the bar but Basingstoke did add a third goal before the break. It was Reid’s second, intercepting a loose pass in midfield and driving through the Fleet defence before slotting an angled finish into the net. Dan Bone headed the away side’s best chance of the half over the bar and Snell was unlucky to hit the post with the last act before half-time.

The chances continued to flow in the second period, Western and Jack French were denied by good saves from Lee Allen while Reid volleyed narrowly wide. Snell forced another excellent stop with a curling effort and Brown swivelled to volley a good chance over the bar. Fleet started to create a few chances of their own as the half ticked on, Impiazzi produced a wonderful, last-ditch challenge to keep ‘Stoke’s clean sheet intact while Halliday did the same with his best save of the night, pushing a well-struck volley over the crossbar.

McKoy Palmer made it 4-0 on 79 minutes, chesting down a delightful, scooped pass from fellow substitute Anton Rodgers before volleying home and after another Allen save from Brown, Snell rounded off the scoring with an excellent finish across the Fleet keeper before missing out on a hat-trick by inches in stoppage time.