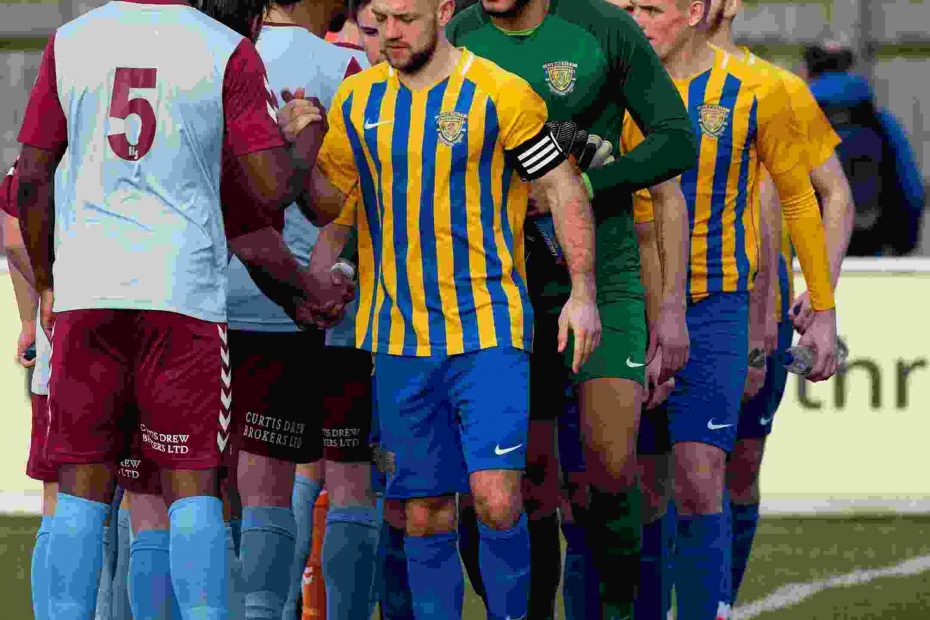 We can today confirm that Dean Stow will not be re-signing with Basingstoke Town Football Club for the upcoming campaign.

Following conversations between Manager Dan Brownlie and the now ex-captain Dean Stow it was decided that Dean’s future lay elsewhere. Dean signed for the club back in June 2018 from Hartley Wintney for then Manager Jason Bristow and was made captain a year later under Martin Kuhl. Whilst mostly utilised as a defender, Dean made a name for himself at the top end of the pitch with the scorer of some important and impressive goals including a thunderbolt against Farnborough at the Camrose.

Dan Brownlie said ‘I’ve worked with Dean for around five years now and I’ve got nothing but positives to say about the guy. He’s a great lad and we appreciate everything he has done for our club since his arrival. It meant a lot to him to have had the opportunity to captain his home town side and it’s a responsibility he truly valued.’

We would like to thank Dean for all of his efforts and wish him the very best going forward.