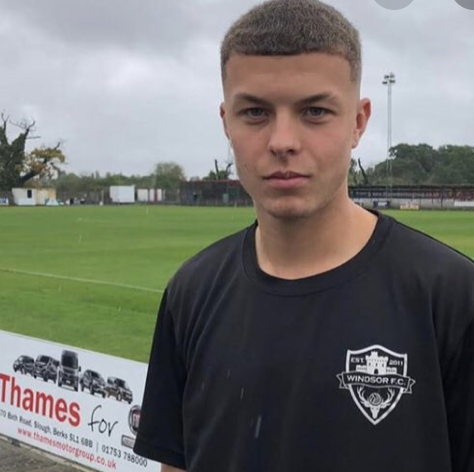 Basingstoke Town would like to welcome Dylan Ive to the club following a successful transfer from Harrow Borough FC.

The 20 year old attacking player signed before the deadline for inclusion for the FA Cup so will be available for squad selection for Monday’s FA Cup tie versus Chichester City.
Dan Brownlie said on his most recent signing:
“Dylan has been on my radar for about a year – he caught the eye when I was down watching Windsor. He’s quick, direct, full of enthusiasm and he’s got a calmness about him in front of goal. With McKoy currently nursing a bit of a knock, it gives us further competition alongside Brad, Hallahan and Reidy. He can operate centrally and from a wider position so that in itself gives us a greater toolkit.”
“He played in our friendly versus Farnborough and did very well. We used it as an opportunity for him to look at us and for us – to see how he fit into the group. He’s bought into what we are trying to do and the way we want to go about games and importantly he enjoyed it and liked our group of lads. He’s playing a little bit of catch up as the rest of the group have been together for 7/8 weeks now, but I know he’s a determined lad and he’s committed to working hard. We’re really pleased to have him”
We’d like to thank Harrow Borough FC for their speed in allowing the transfer to happen pre today’s deadline