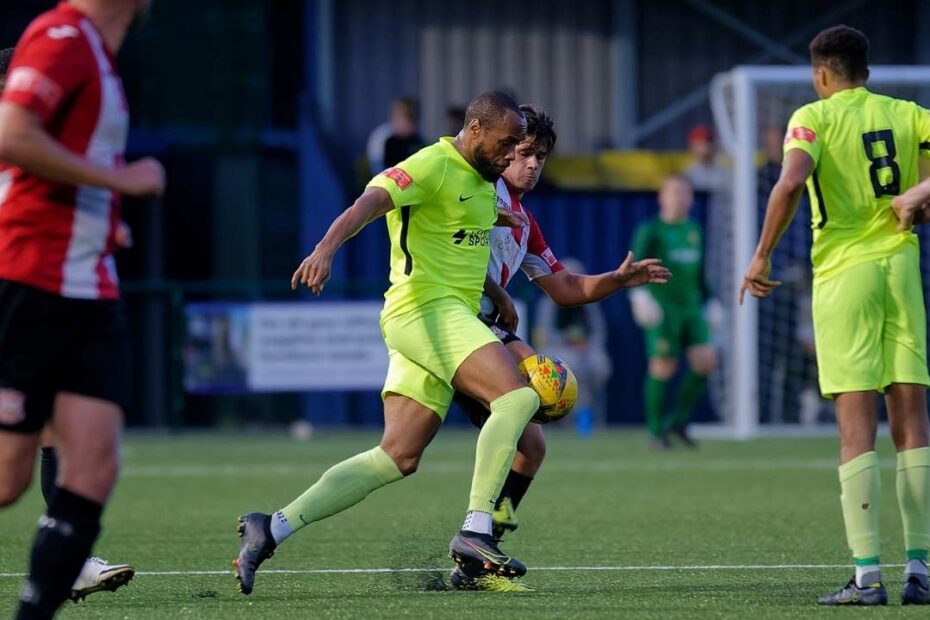 Basingstoke Town can announce that Dan Williamson has signed for the 2021/22 campaign from Winchester City FC.

The 31 year old right-back signs after impressing during a number of pre-season friendlies including most recently against Sholing FC where he played a pivotal role in the winning goal. Following spells at Fleet Town and Swindon Supermarine, Dan has played his football at Winchester City for the past few seasons.

“Dan is a guy I’ve known for a long time. He’s been a constant at Winchester City as part of their play-off chasing sides and always proved to be a formidable opponent every time we’ve come up against him. He’s got real athleticism, and is incredibly awkward to get around. When he gets the ball, you can blink and he’s at the other end of the pitch and there are times when I’ve no idea how he’s got there.”

“He’s got a great attitude and I know he’ll fit in well with this group which is important to me. He brings further experience to our backline and provides a different option to what we have there already. We’ve got great options there now.” Brownlie continued “James Smith has moved to Badshot Lea but that door will never be shut – we are too fond of the lad both on and off the pitch. Lloyd Snell can also play there and of course we have Aidan Lewis.”

“He demands more from those around him and off the pitch we know he’ll prove to be a popular lad as he will be on it. He’s got a great spirit about him.”

We’d like to thank Winchester City for waiving the seven day approach to aid the process.

Dan Williamson will be available for selection this Saturday when we visit Binfield for the league curtain raiser.