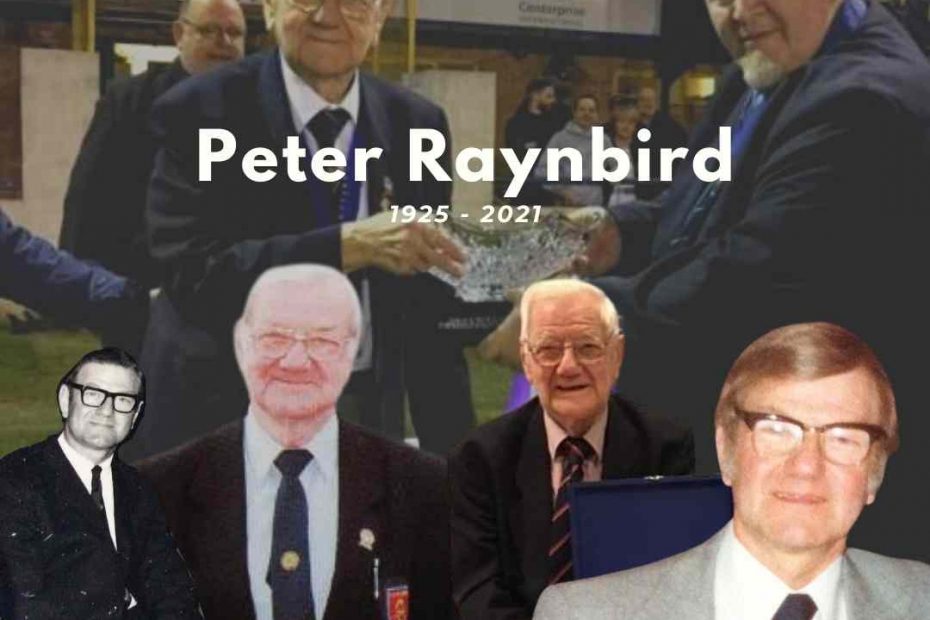 It is with great sadness that we have been informed that Peter Raynbird has died at the age of 95.

Peter was widely and rightly regarded as a true local legend and a great servant to football, and of course, our club.

He was registration secretary for Basingstoke and District Football league for over 60 years and was later made president of Basingstoke Town Football Club under then Chairman, Terry Brown.

A thoroughly popular man who dedicated a huge amount of his time, efforts and expertise to local football – which became a greater game due to his involvement.

A regular attendee of our matches who he attended with his daughter Vanessa and always showed great support to club officials and management.

“It’s such sad news” manager Dan Brownlie continues, “He was tremendously supportive and always took the time to speak to me and the boys after games. An absolute gent of a man and someone I grew very fond of despite having only known him in recent years. It was so clear how much football and this club meant to him. I just hope he understood just how much he meant to football and this club.”

Chairman Kevin White said “It’s a dark day for the club – our thoughts first and foremost go out to his family and friends – the latter of which there will no doubt be many, as he was a hugely popular man. Whilst it’ll be a sad day for everyone who knew him – as a Club we can find strength in attempting to continue his work and ensuring the opportunities he afforded local football are maintained and enhanced. A great man who will be sorely missed.”