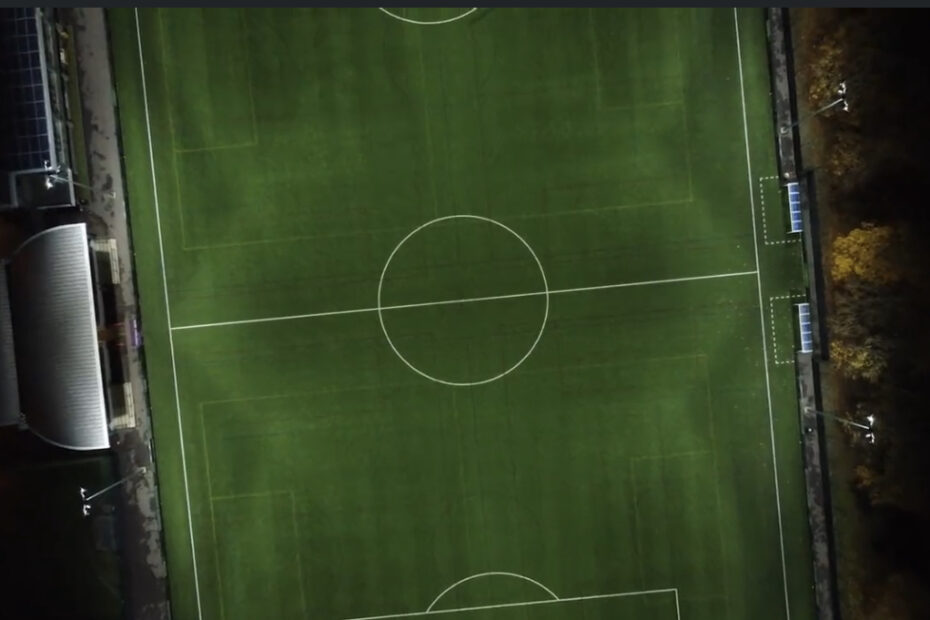 Basingstoke suffered a chastening home defeat on Tuesday night against unbeaten Chertsey Town as the visitors rattled in five unanswered goals before McKoy Palmer netted a late consolation for the hosts. ‘Stoke were still without several injured players and started the same team that played most of Saturday’s match but were second best throughout the night as Chertsey underlined their credentials at the top end of the league.

Chertsey took control of the first half and were the better side before the break without creating many chances. The first big chance they did create came midway through the first period as Jake Baxter fizzed a half-volley into the bottom corner following Ashley Lodge’s knockdown from a long ball from deep. The home side’s best chance fell for Lloyd Snell who drove narrowly over from the edge of the box, but Chertsey almost doubled their lead late in the half when a free header from defender Daryl Harrison was cleared off the line.

Dan Brownlie made two changes at the break, introducing Daryl Wollers and Anton Rodgers and changing system but it took just five minutes for the away side to double the lead. Manolis Gogonas’ driving run took him all the way to the byline and his cutback eventually found Magnus Abisogun whose whipped strike took a big deflection and nestled in the back of the net. From there, Basingstoke were chasing the game and got caught out on the counter by three goals in ten minutes. Palmer drilled a good chance wide, but Chertsey were soon celebrating a third as Mark Bitmeadtapped in from close range. Jake Baxter made it four just three minutes later, sliding in to toe the ball over the line and substitute Scott Day lashed the fifth in with fifteen minutes still to play. The home fans were given something to cheer when Palmer drove into the bottom corner three minutes from time but by then the game was well out of reach.