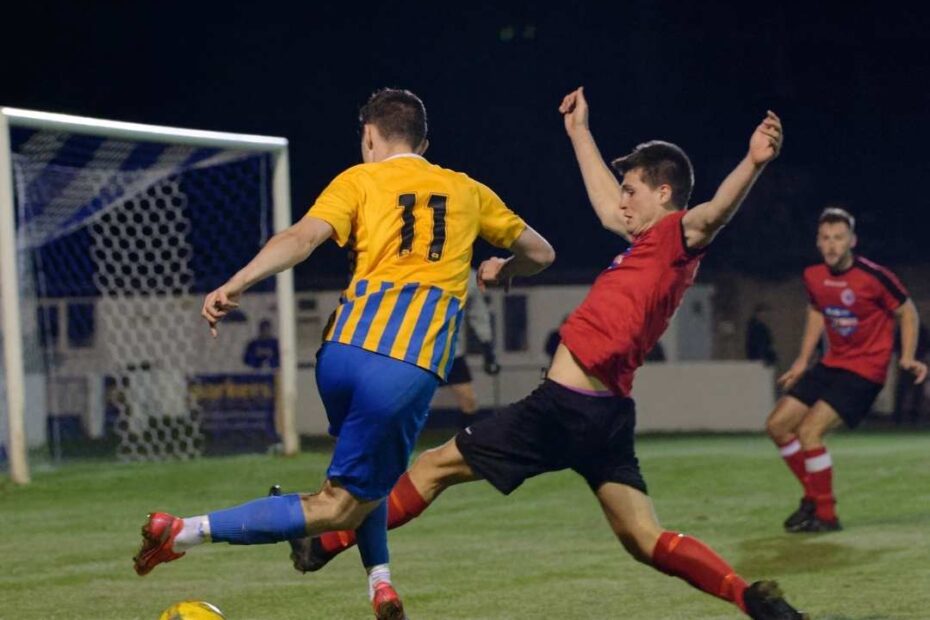 Basingstoke can confirm that attacker Bradley Wilson has signed for the upcoming 2021/22 season. The attacker who joined from Fleet Town nearly three seasons ago has become a popular member of the squad both on and off the pitch, becoming a firm favourite with ours fans with his performances – particularly last year.

Dan Brownlie was asked to comment on his latest signing:

“This was an important signing for us. After some time playing away in Australia, he came back a different animal before rejoining the squad last pre-season. He’s an artist on the pitch and makes the difficult things look remarkably easy, but he’s added a grittier side to his game which has taken him to new heights. “

“We’re working on a few things with Brad currently that we think will improve him – which in itself is a scary proposition considering the levels he’s already reached, particularly in consideration of consistency of performance. He’s a great lad, a very likeable lad – and whilst he has a unwavering confidence and assurance about his own ability, he backs it up and it doesn’t cross the line. His game is played with a real edge, and this group of lads give him the freedom to do what he does best.”

“Brad had a fair bit of attention during the off-season and rightly so, he’s earned the plaudits with his performances for us the past couple of seasons. What Brad acknowledges however, is that his performances have been built around this squad of players, this group elevate him, he’s built for a team like ours. We’re very pleased to have him and look forward to continue working with him.”

Brad Wilson is expected to be amongst the squad that will travel to Binfield on Saturday afternoon in our league opener.