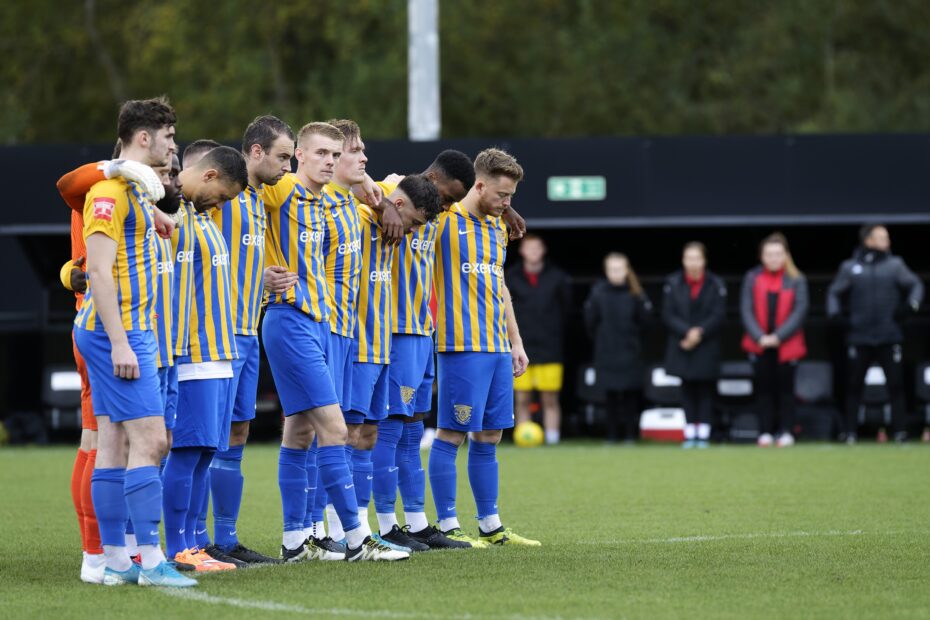 After a run of just 4 games in 48 days Basingstoke Town played the first of 8 matches in 29 at league-leading Bracknell Town on Saturday. After outplaying the pre-season title favourites for 70 minutes, the game turned as ‘Stoke defender Daryl Wollers was sent off and Bracknell’s Temi Eweka nodded home the resulting free kick. Stefan Brown looked to have secured a deserved point for the visitors, but former Camrose favourite Dan Bayliss won the match for his new team deep into stoppage time.

A six-week feast of fixtures looms for Basingstoke with 6 of the league’s current top 8 on the menu, a litmus test for a team who have started well to show whether they will be serious contenders for promotion. Part one of that test produced an encouraging performance, despite the gut-wrenching end to the game. The midfield trio of Anton Rodgers, Simon Dunn and Ben Cook took control from the start, so much so that Bracknell made their first substitution before half-time to shore up the middle of the park. The first half was tight, the hosts’ defensive partnership of Eweka and Bayliss impressive in preventing the Dragons’ pressure from resulting in a string of chances while left-back Ethan Burden stretched to prevent McKoy Palmer firing goalwardsfrom 12 yards and Brad Wilson losing his footing when well placed in the home side’s box.

Bracknell had to wait until early in the second half for their first clear chance, but Paul Strudley made himself big at the near post to block a close-range shot. James Haworth and Conor Lynch both threatened at the other end, Haworth flicking a header narrowly off-target while Lynch was inches away from turning in a Haworth cross. Against the run of play though there was a double blow for the visitors. Daryl Wollers received his second yellow card for an unfortunate trip on Dave Tarpey and Eweka nodded the free kick across Strudley for the opener.

Stefan Brown had to wait to make his second debut for Basingstoke after his summer return but made the most of his second appearance, sweeping home a loose ball from close range with just three minutes remaining after Rodgers’ long-range free kick was parried by Michael Eacott. Bracknell made the most of the six minutes of stoppage time though, Bayliss stooping at the back of the queue to head home.