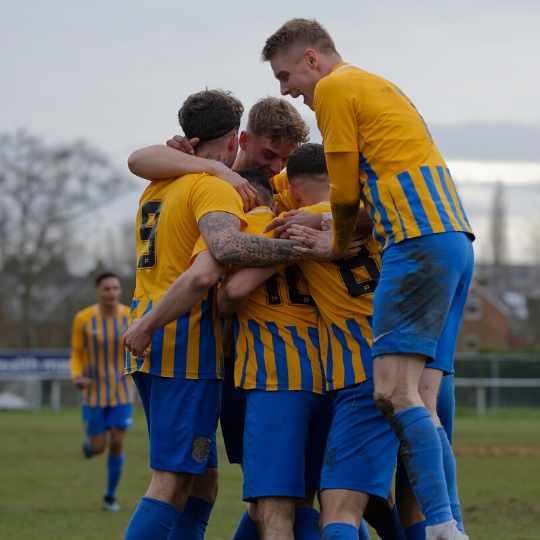 It is with great pleasure that we can announce the re-signing of midfield Ben Cook.

The popular central player has been a consistent feature of Dan Brownlie’s squad over the course of the past two seasons.

“Ben, like a few others this season, has come back a different animal. He’s had his battles along the way, with COVID hitting him particularly hard, but he’s regained his engine. On top of that though, he is delivering consistently high performances and almost overnight become to the eye if not by age, an experienced member of the squad.”

“He’s also a fantastic coach, and you can see the benefits that his role outside of his playing time is having on it. He’s always been good at connecting our play, but he’s added a clinical edge to his game with probing passes. Last year he developed a real eye for goal – we had all been encouraging to shoot more and putting into practice, he delivered!”

“I know his phone has been going like the clappers across pre-season from countless managers, but he made the decision very easy for us and hopefully us for him. We’re very fond of Ben. He’s a terrific lad and a very good player. He’s developed into a really well rounded footballer – a technician, a battler, a goalscorer and a creator. He’s a very popular member of this squad.”