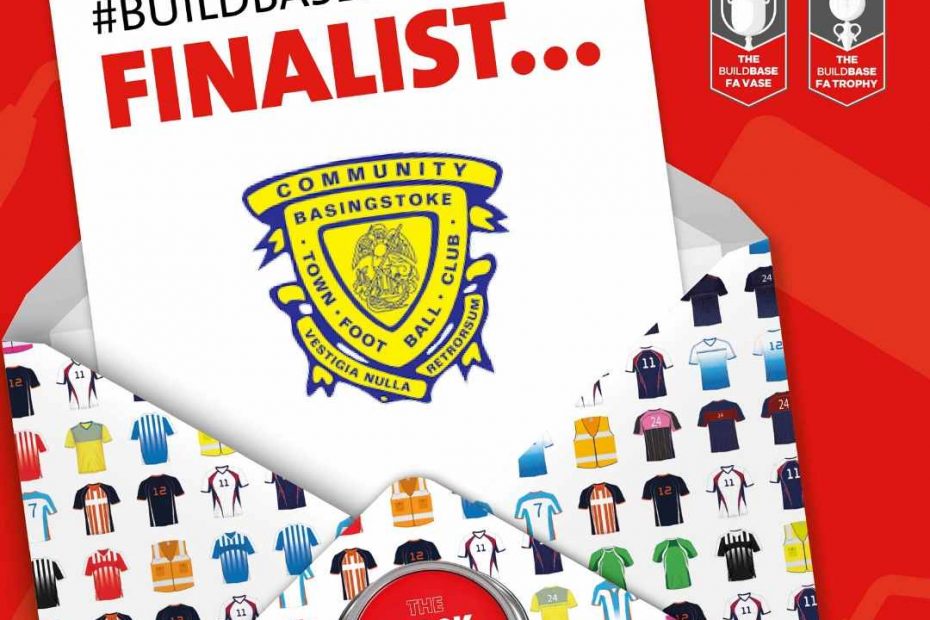 Despite Football results being ‘expunged’ for the season, Basingstoke Town have found their way to a final having been shortlisted as part of six non-league football clubs to compete for a share of the ‘Buildbase £100k Transfer Deal 2020.’

The programme, which is helping Buildbase FA Trophy or Buildbase FA Vase clubs to renovate their facilities, will enable two of the six finalists to each walk away with a £25,000 product bursary, including building, electrical and hire materials.

After scoring the highest number of public votes for its application, Merthyr Town FC won a ‘golden ticket’, ensuring its place in the final. We will also compete against Basford United FC in the Buildbase FA Trophy category while Shoreham FC, Chester-Le-Street Town FC, and Kirkley and Pakefield FC have been shortlisted in the Buildbase FA Vase group.

Each of the clubs has outlined its proposed renovation plans, which include extensions, changing room upgrades and building a new clubhouse.

We will pitch against each other and present plans to a panel of judges from Buildbase and the FA in the coming months. ‘Clubs will need to demonstrate the feasibility of their projects as well as benefits to the club, fans and wider community.’

Local Buildbase branches will be supporting the clubs with information, advice and supplying the building products required for their projects.

Paul Roche, Managing Director of Buildbase said: “These clubs have all done brilliantly to get this far. We’ve had some fantastic projects submitted this year with many clubs desperately needing to win so they can grow and deepen their place in the community. They’re all in with an equal chance and I wish them the best of luck.”

The Buildbase £100K Transfer Deal has been running since the builders’ merchant became the title sponsor of the FA Trophy and Vase in 2016.

So far, building materials worth up to £400,000 have been given away. The latest winners are Barton Rovers and Stowmarket Town.