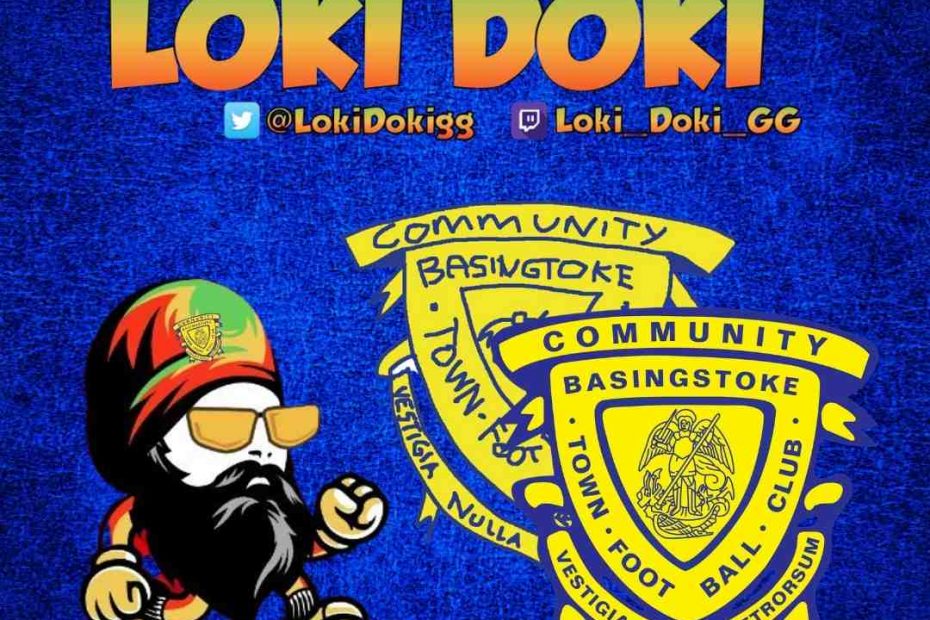 Football returns to Basingstoke Town but not as we know it – and it’s making waves across the pond.

Popular online gamer Loki Doki has adopted Basingstoke Town FC as his chosen club for his latest ‘save’ on the computer game ‘Football Manager.’

With a loyal fanbase of over 52K subscribers on YouTube alone, Loki creates fun broadcasts where he provides guides, tutorials and tips (amongst some self-proclaimed silly stuff) for gamers.

Previous commercial manager Paul Elliott set up the link following a speculative email from Loki’s nephew who said he had an idea on how they could help the club – a few emails and zoom calls later and giving Loki an insight into what the club was about – the idea was set and ready to go!

Since the announcement on Friday evening – followers of Loki have helped raise over £3K on a fundraising site as well as purchasing merchandise from the club shop from Germany, Italy and as far afield as Texas in America!

Launching on Monday, Loki’s challenge is to take Basingstoke from the base of the pyramid all the way through to the Premiership

This is not the first time Loki has partnered with a club, last year Fort William from the Highland League in Scotland were the chosen club in which thousands of pounds were raised for the club as well as much widened publicity.

“Loki’s followers have been incredible’ Liz Lockie said ‘we’ve been a little blown away by it all – the money that has been raised and the support shown is a little overwhelming. Waking up to orders from Michigan and Arizona was not something we expected, but we’re so pleased the club was given this opportunity. The timing of it couldn’t be better.’

Kevin White agreed “I can’t pretend to have been too clued up on the world of streaming online gaming – but I thought we were on to a winner with the reaction of my son when I told him what we were doing! He’s a great character and I’m sure it’ll be a welcome distraction for our supporters. Who’d have thought we’d be cheering on a virtual Basingstoke side against the likes of United and City? It should be good fun.”

A fundraising page has been set up where over £3K has already been raised: https://www.justgiving.com/crowdfunding/basingstoke

Loki Doki’s YouTube channel can be found below, and he kicks off on Monday evening!