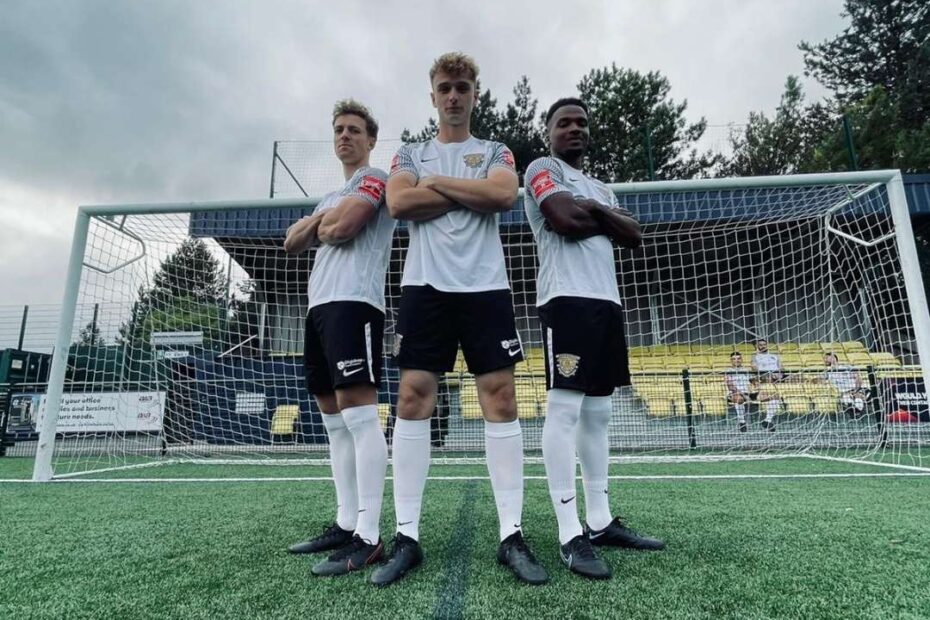 This afternoon Dan Brownlie’s squad headed to the stunning countryside of Berkshire to visit hosts Binfield FC. Last seasons Vase Finalists lined up with some familiar faces amongst their ranks with Callum Bunting, Kian Duncan, James McClurg and Olly Harris who have all previously featured for Basingstoke.

Basingstoke certainly started the brighter with impressive midfielder Ben Cook orchestrating proceedings within the opening exchanges. Only seven minutes into the game ‘Stoke had the ball in the back of the net when a long free kick ended up at the feet of Wilson but after finishing well was ruled out for offside.

Ten minutes in, Basingstoke conceded a cheap foul and ex player Olly Harris whipped in a fierce effort that rattled the crossbar.

The goal certainly rose the standards across both teams, but Basingstoke continued to apply pressure, some neat build up play led to Wilson feeding in Lynch who dragged just wide.

The latter stages of the first half saw Binfield grow into the game, and a thunderbolt of a header from close range [Bunting] shattered the crossbar and bounced stressfully close to the Basingstoke goal line but was pumped away.

Binfield started the better of the two sides, although never really troubling the Basingstoke keeper, Schwarzer. But Basingstoke created chances of their own, and were it not for a string of impressive sides by the hosts keeper Chris Grace, Basingstoke would have doubled their advantage.

Changes were made to freshen things up with Simon Dunn and Lewis Hayden replacing McKoy Palmer and D’andre Brown – and the changes appeared to calm the openness of the game and aided us in seeing the game out.

There was a nervous closing period where Binfield had a number of corner kicks deep into injury time, but the Basingstoke defence held firm and earned an important opening day three points.

“We knew we were going to be up against it today. We’ve had a difficult entry into this game with a few covid cases and injuries but that said, so have Binfield – there were some nervy moments but we did enough to win the game today. I was most impressed with our grit and determination. I can’t remember the last time we had a 1-0 win, you might have to dust down a few history books there – but that’ll do us the world of good, we’ve demonstrated we can see games out against tough opposition.”

“They are a very good side, ran by good people and have talented players right across their team. They’ll win more than they lose, there is no doubt about that, which makes the three points all the sweeter today.”