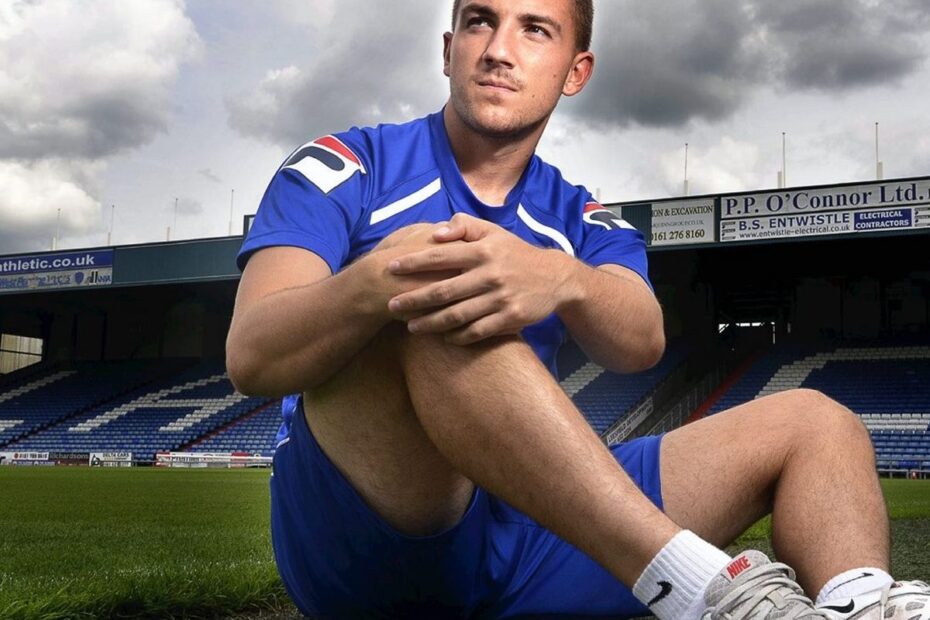 Basingstoke Town are pleased to announce the signing of 28 year old, Anton Rodgers for the 2021/22 season.

Anton, who has previously played for Swindon Town & Oldham Athletic having spent the majority of his youth career at Chelsea and Brighton. The midfielder joins Basingstoke from fellow Isthmian side Marlow.

“Anton will make a difference. He’s a talented player with great feet and a calmness on the ball where he has an incredible knack of finding space and time even in seemingly non-existent spaces.  He’s fitting into the group nicely having already trained with us a number of times and he’s getting sharper with each and every session.”

“There can, admitedly  sometimes be a gamble when bringing in an ex-pro. As on many occasions they can convince themselves they are above the level and their own frustration or attitude can get the better of them. What we’ve seen in Anton is different. In fact in demonstration of it, he’s been attending Academy sessions off his own back to get a level of sharpness that is worthy of his talent. He’s got high standards and I’ve no doubt like others in our squad, he can help some of our younger lads progress.”

“We’ve deliberately worked with a very tight squad, and whilst we’ve had offers of other players services, if we are to bring anyone in – we’re keen to ensure that the fit is right, both on and off the pitch. Anton is exactly that and we think he’ll make a big difference in our ability to pick teams off. With his calmness in possession from a slightly deeper position, we believe he can orchestrate what is in front of him and allow some of our other midfielders a little more freedom to find space higher up the park.”

“I’ve no doubt that there will be a level of expectancy with his history, something that we know he can shoulder. The challenge is there for Anton to produce, and the early signs have suggested he’s not here to make up the numbers. We’ve got a little bit to go to get him at 100%, but his unrelenting attitude will get him there quicker than most.”

“I can’t wait to get started and really pleased to be signing for Basingstoke Town.  I’m really looking forward to playing alongside such an honest group of boys trying to play football the right way – which is a massive credit to them & the Management team.”

We’d like to place on record our thanks to Mark Bartley and Marlow for the professionalism of the smooth transfer process.

Anton Rodgers is available for selection ahead of our league fixture with Chipstead FC tomorrow afternoon at Winklebury.