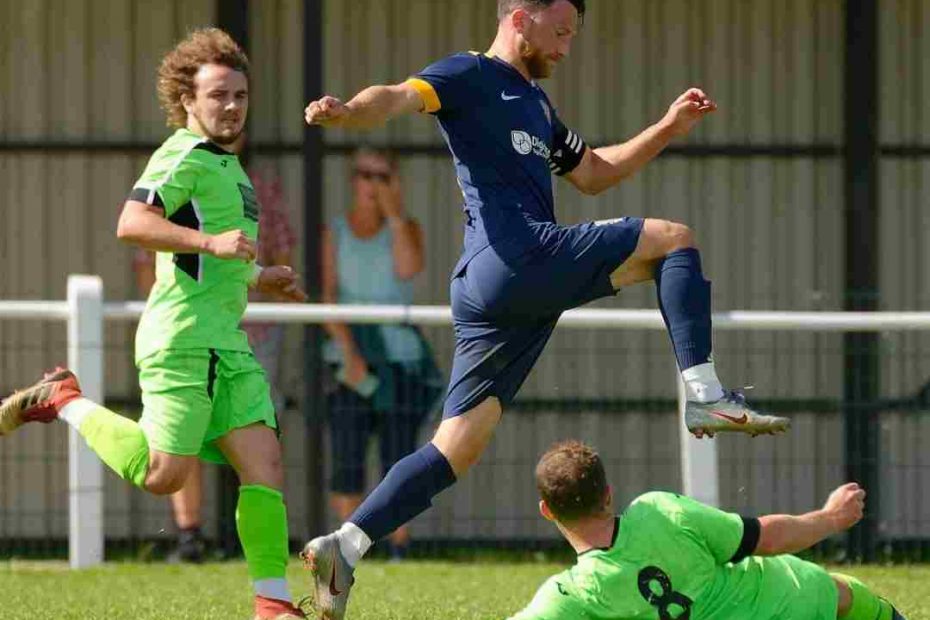 We are pleased to announce the re-signing of Adam Everiss for the 2021/22 campaign.

Adam is our longest serving current player who joined during Martin Kuhls first term at the Camrose. Dan Brownlie has previously worked with Adam at neighbours Hartley Wintney.

“I’ve had Evo as part of every squad I’ve managed in, I can’t seem to shift him! In all seriousness, he’s a talented player who can play a number of positions. Whilst at Basingstoke he’s regularly played at left back but he’s played most of his career as a winger. He’s got a calmness about his play and he’s particularly good with the youngsters. He’s developed a confidence in and around the changing rooms which only ever really comes with experience, and it plays an important role.”

“He’s got a wand of a left foot, and whilst he’s got good years behind him – he holds a great engine. He’s competing in this years London Marathon which is a good indicator to that. We’re pleased to have him back on board!”

Adam is available for selection for tomorrow’s game versus Binfield FC.