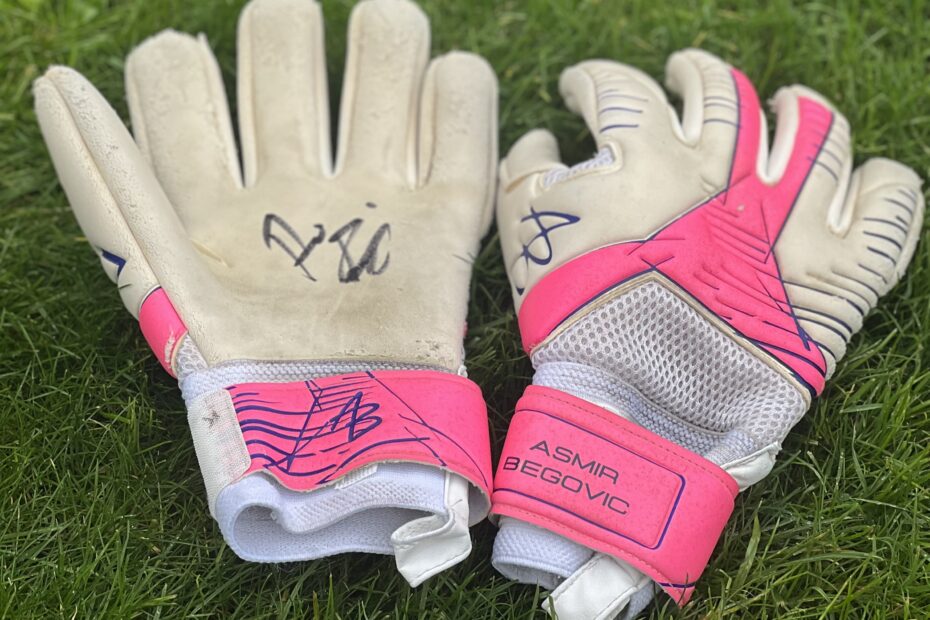 As part of the partnership, Basingstoke Town players of all levels can take advantage of 30% off of AB1GK gloves using code BASINGSTOKE30

Begovic’s AG1GK goalkeeping academy also run sessions alongside club partner Young Ballerz at Winklebury Football Complex on Friday evenings – if you’d like to get some goalkeeping coaching in please fill in the form here http://asmir1.com/academy-london/

To kick off the partnership, Asmir Begovic has signed a pair of AB1GK gloves for one lucky fan to get their hands on. To enter the Twitter competition, you must Retweet the below tweet and also be following both @Basingstoke_FC and @AB1GK accounts and one winner will be drawn on Monday 13th December.

As part of our new goalkeeping partnership with @Ab1Gk, we will be giving away a pair of signed Asmir Begovic AB1GK gloves.

To enter, RT this tweet and make sure you’re following us and @Ab1Gk and a winner will be chosen at random on Monday 13th December. pic.twitter.com/VgOnrALMPV

Town Chairman Jack Miller added “It’s great to have AB1GK as our official glove partner at the club and alongside the sessions that AB1GK run in the Basingstoke, we hope that players and fans alike will want to take advantage of the 30% off offer and be in with a chance to win some signed match worn AB1GK gloves”.

AB1GK have a range of Men’s, Juniors and Women’s gloves at AB1GK.com.